A White Christmas at the Shenandoah Division

I’ve lived in NC all of my life, and I don’t ever recall snow on Christmas Day before in this part of NC. I can’t remember for sure, but we may have had a flurry occur on a prior Christmas. And according to official weather records, there’s no accumulation since 1947. This past weekend changed all that.

After having lunch with my parents, Cherie and I headed over to her folks’ to have supper on Christmas Day. Rain, sleet, and snow had been forecast for the afternoon of December 25. Nothing actually fell during the afternoon, but we kept an eye on the sky. The rain started after we ate supper at Cherie’s parents’ house. We took my sister-in-law and my nephew home, and while we were saying good-bye in their driveway, the rain changed to snow.

We headed towards home, and as we got closer, we noticed the snow started sticking to the grass and trees. By the time we went to bed, there was a light dusting on the ground. However, there was enough accumulation to record 0.4 inches at the airport’s official weather station.

We woke up on Sunday morning to find the storm had dumped quite a bit of fluffy white stuff from the sky. There was roughly another 6 2/3 inches on December 26, giving us a grand total of about 7 inches. That’s a fairly significant amount of snow for us, and we usually don’t get any significant snowfalls outside of January, February, or early March. This storm was our fourth “winter event” already in December–the prior three didn’t really have any significant accumulation, though. 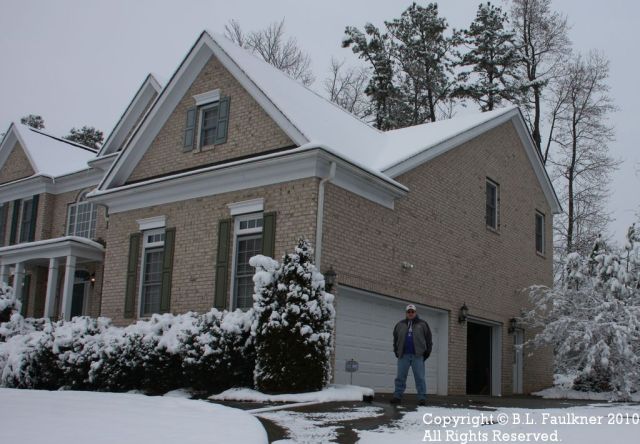 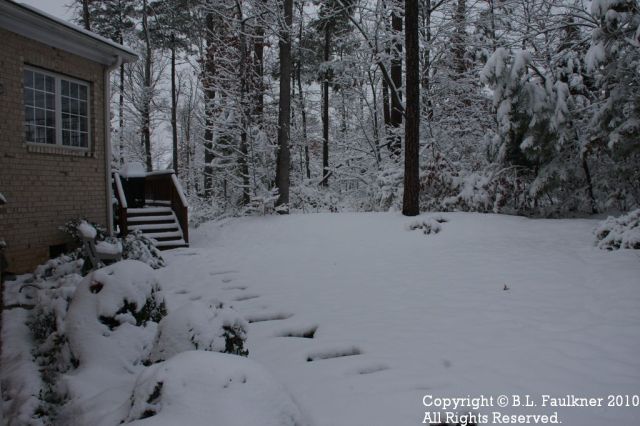 Here's how the back yard at Shenandoah Division "World HQ" looked on December 26, 2010.

This entry was posted in General. Bookmark the permalink.